Roy was born to Ruby Marie and Eldon Winder as their seventh child. Roy lost his battle with cancer on Saturday, Dec. 19, 2020

Roy grew up with several brothers and sisters around him and nieces and nephews. Roy was saved at an early age at a camp town meeting. Roy attended school at Stockton elementary and High School. He joined the Navy in 1964. Roy married his high school sweetheart, Edna Proctor, in 1966.

While living in Kansas City, he worked for Westinghouse and General Electric. He did a lot of traveling for General Electric. They sent him to Chicago, New York City and Rome, Georgia, for welding and motor winding on big transformers.

In 1973 he moved his family back to Stockton. He worked for Laminated Beam for several years as a welder.

Roy’s love of fishing and coon hunting gave him many good times. He loved his “red bone” coon dogs and he enjoyed taking care of his cows.

Survivors include his wife Edna of the home; children Troy Winder and Heidi of Stockton, Toni and Thomas Lingle of Stockton, Amanda and Sean St. Jean of Belle Vista, Arkansas; sister Allene and James Simmons of Stockton; brother Merle Winder of Florida; and little brother Bubby; many nieces, nephews, grandchildren and great-grandchildren.

Graveside services will be held 2 p.m. Wednesday, Dec. 23, in Pankey Cemetery, Stockton, under the direction of Bland-Brumback Funeral Home. 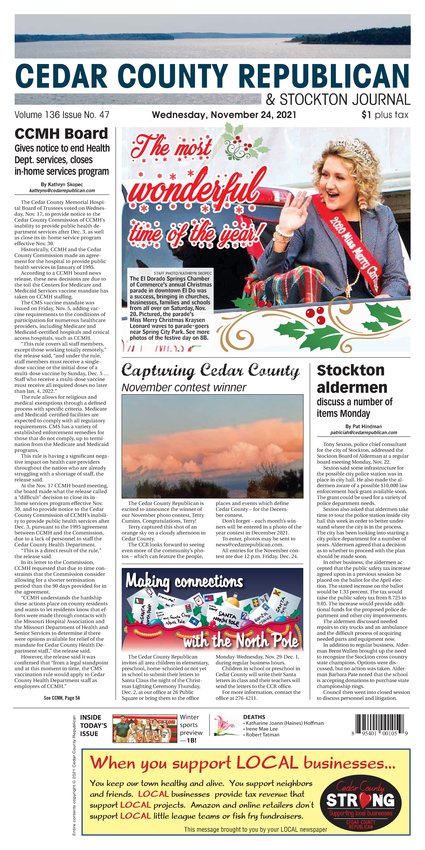