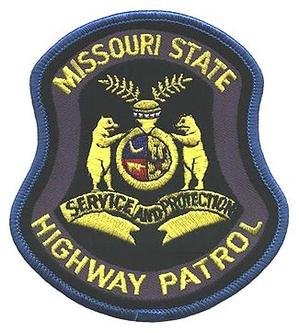 Three were killed and two were injured in a single-vehicle wreck in Cedar County at around 4:30 p.m. Thursday, Aug. 4.

The wreck occured three miles east of Jerico Springs when the Toyota topped a hill, became airborne, traveled off the right side of the roadway and overturned, per the report.

Palmer, Meerkatz, and Chick were ejected from the vehicle in the wreck and pronounced deceased at the scene shortly after impact. Cedar County Coroner Nora Powell responded to the scene and pronunced the deceased at 4:30 p.m. She was assisted by Frank Brumfield, also of the coroner’s office.

The report stated Palmer, Meerkatz, and Chick were taken to Bland-Brumback Funeral Home in Stockton. Next of kin have been notified.

Kidwell suffered serious injuries from the wreck and was flown by air ambulance to Cox South Hospital in Springfield. He was the only individual wearing a seat belt in the wreck, according to the report.

Ranney suffered moderate injuries and was taken to Cox South Hospital in Springfield, the report stated.

The Toyota was totaled in the wreck and towed from the scene by Mike’s Wrecker of Stockton.

This is a developing story. 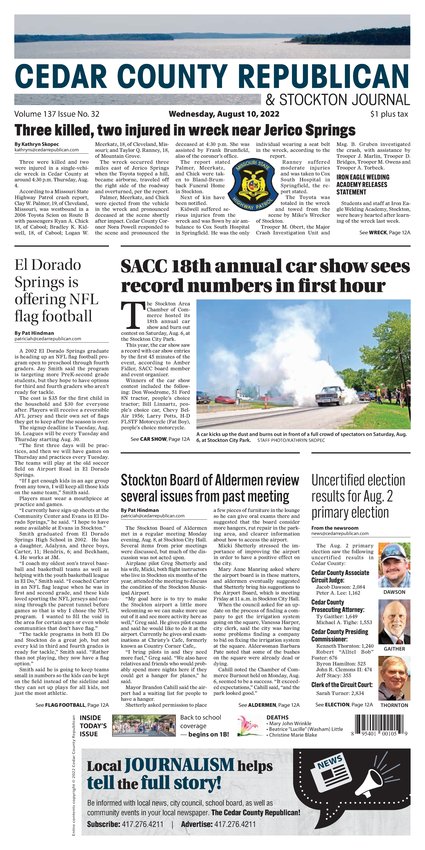